The shepherds working within the framework of the PirosLife project, for the consolidation of the brown bear in the Pyrenees, have completed the descent of herds of sheep that have been protected in groupings monitored during the last five months. This is one of the preventive measures implemented, within the project, which has been shown to be more effective to minimize casualties in sheep herds during the summer months, when they graze in the area of permanent presence of bear at high-altitude.

In total, 6 groupings of protected herds have been organized this year, with about 5,600 sheep and goats from 36 different owners and farmers, who voluntarily wished to receive this free preventive measure offered by the Generalitat de Catalunya and the General Council of Aran. Specifically, it is the groupings of Gausac-Casau and Bagergue, in the Val d’Aran; and those of Isil, Tavascan, Bonaigua and BoldísÁreu, in Pallars Sobirà. In Val d’Aran, some 2,000 sheep have been grouped from 24 different owners, while in Pallars Sobirà, protection through this measure has reached more than 3,600 animals of 12 owners.

An effective tool to minimize casualties

Protected herd grouping is an effective tool, as long as it guarantees continuous vigilance of livestock 24-hours. The protection during the night is done with the help of protection dogs, and by closing the herd in enclosures bounded with protective fences. Some of these pastors come from the shepherd’s school of Catalonia, with whom the administration maintains an agreement to facilitate student placements and support this profession.

The number of losses in herds protected through these watched groupings is significantly lower than in other herds. Specifically, in 2018, 88% of the deaths of cattle for bear attacks have occurred in herds of owners who have refused to take refuge in this free measure.

However, in 6 flocks grouped and protected, which include 5,600 head of cattle, the bear has depredated only 8 sheep and 1 goat, 0.16% of the total livestock. Some have died drowned inside the enclosure after an attempt to attack of a bear, others to stay out of the closed at night, etc. Conversely, there have been 50 attacks on sheep/goats of unguided herds with 86 dead heads. With regard to bee farms, there have been 4 attacks with 8 unprotected hives, and 12 attacks on 51 hives on protected exploitations. 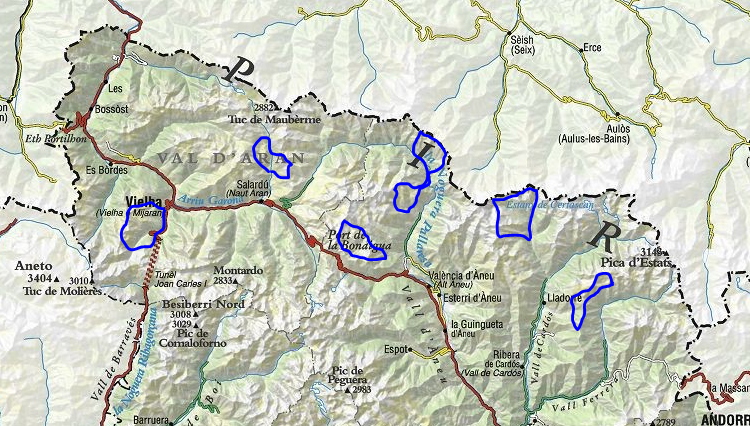 Map of grouped flocks protected in the Val d’Aran and Pallars Sobirà.

Prevention of damages, a priority of the project

The bulk of the economic allocations of the PirosLife project have so far been used to prevent livestock damage. Specifically, 35% of the 1.7 million invested so far. Of the total 2.5 million of this European project, Europe contributes 75% of the funds, and partners the remaining 25% (Department of Territory and Sustainability, Conselh Generau d’Aran, Fundación Oso Pardo, Forestal Catalana and the University of Lleida).

Specifically, the Generalitat has allocated around 200,000 euros in 2018 in the recruitment of shepherds and cowboys, the improvement of facilities for shepherds, and the acquisition of material for cabins and huts, among others. Thus, apart from hiring shepherd service, the administration also provides equipment, material and resources during the months that go up in the mountains, such as huts, sleeping modules, and utensils necessary for the development of daily life. It also facilitates the displacement of material and personnel for the search of lost herds.

In addition, the Generalitat and the Conselh Generau d’Aran compensate for the losses of the livestock farmers due to the attack of the bear, benefiting both of who take control of the surveillance measures and those who do not. Indeed, in 2017 compensation to farmers for bears damage amounted to 33,000 euros, and 10,000 euros in 2016.  The amounts are fixed in each case by Decree, and are settled within 4-5 months. In parallel, grouping sheep also has free insurance for accidents and other damages that cattle can suffer while are on the mountain. 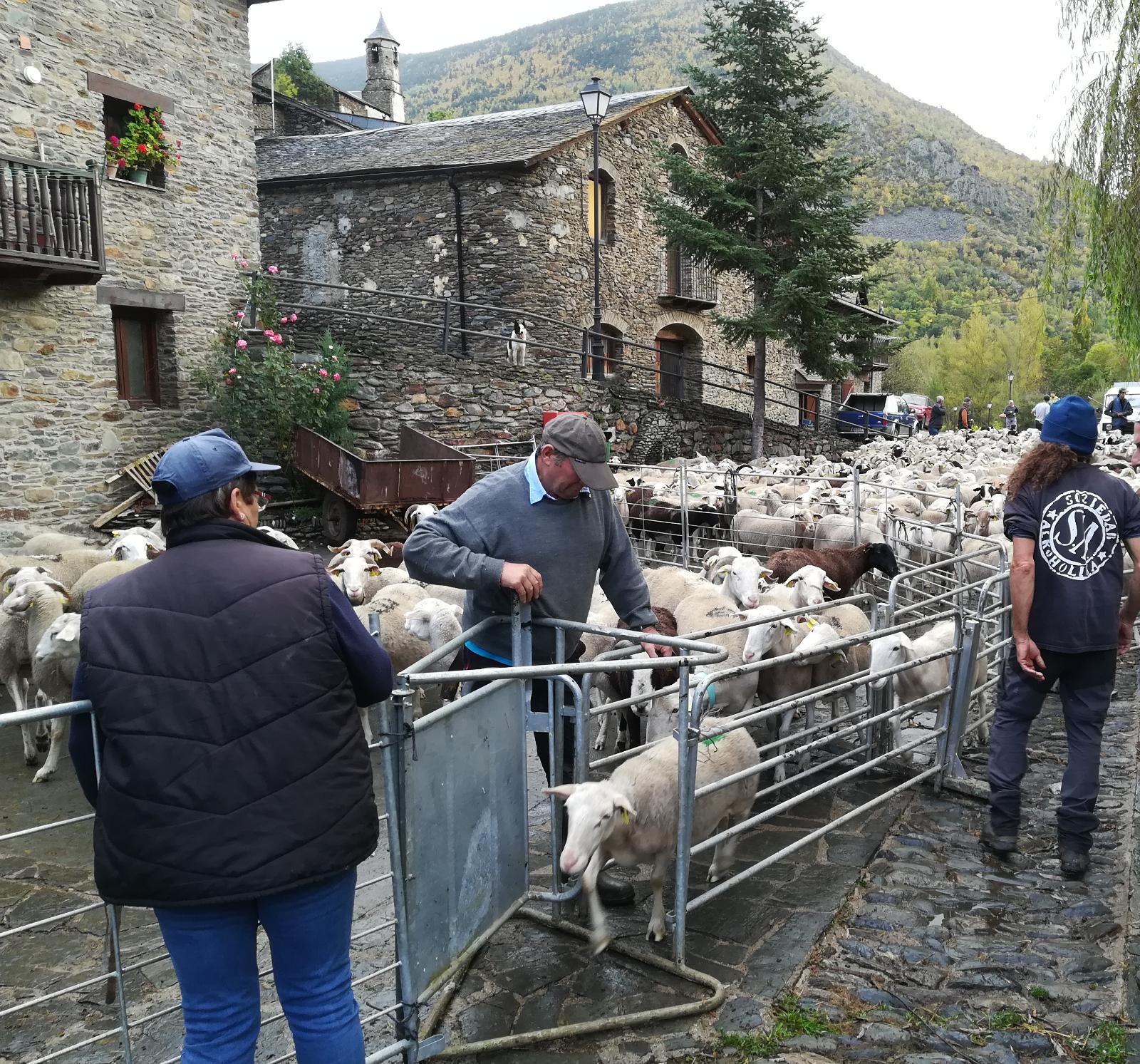 Lowering of the grouping of Boldis-Àreu.