It is changed successfully tracking collar of Goiat bear 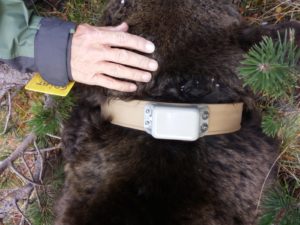 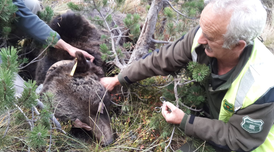 Technicians of the Rural Agents Corps, the Conselh Generau d’Aran, the Department of Territory and Sustainability and Catalan Forestry have participated in a special device for capturing the bear Goiat to change the GPS tracking collar, as planned, in the framework of the Piroslife project.

The intervention, which took place in the Naut Aran area, was carried out with the support of members of the Corps of Rural Agents. Through its helicopter, it was possible to carry out the visual tracking of the animal, the approach manoeuvre, as well as the shot with an anaesthetic rifle. After sleeping, the technicians could take samples and change the collar, because the battery was about to run out. In this way, the GPS tracking of the animal is guaranteed as it has been up to now. Subsequently, the animal was awakened and the correct functioning of the new tracking device was checked.

The capture has been achieved with the participation of a team of 15 people. It is the first time in the Pyrenees that a bear capture is made by aerial means.

It is expected that in the coming weeks the bears begin the period of hibernation, coinciding with the drop in temperatures. In parallel, work is being done on the development of a protocol for intervention and management of problematic bears in the Pyrenees with the rest of the autonomous communities affected. It is a technical and consensus document that has to guide decision making in this area.

You can download the video with the images here. 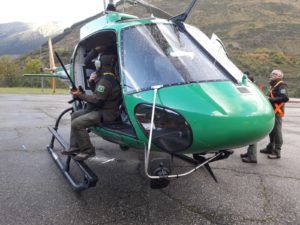 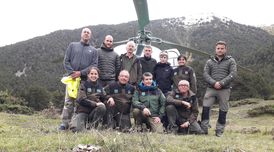