There are now 43 copies distributed in an area of 4,900 km2 between Catalonia, Aragon, Navarra and France

The bear population in the Pyrenees in 2017 has reached the 43 copies identified between Catalonia, Aragon, Navarra and France. The thickness of the population (41) is located in the central zone, which includes an area of about 4,000 km2 covering the Pyrenees of Lleida and Aran, Alta Garonne and Ariège. The other 2 specimens have been located in the Atlantic Pyrenees, although they have also approached the central Pyrenees. In recent years, the distribution of bears in the Pyrenees has expanded, from being present in an area of 3,800 km2 in 2015 to occupying 4,900 km2 at the moment. Specifically in Catalonia, in 2017 have been identified 25 specimens (10 males, 12 females and 3 with unidentified sex).

During 2017, in all the Pyrenees were born 7 puppies of 4 females: 2 from Caramellita, 2 from Isil, 2 from Plume and 1 from Chataigne. 6 of these were born in Catalonia, Specifically those of Caramellita, Isil and Plume. 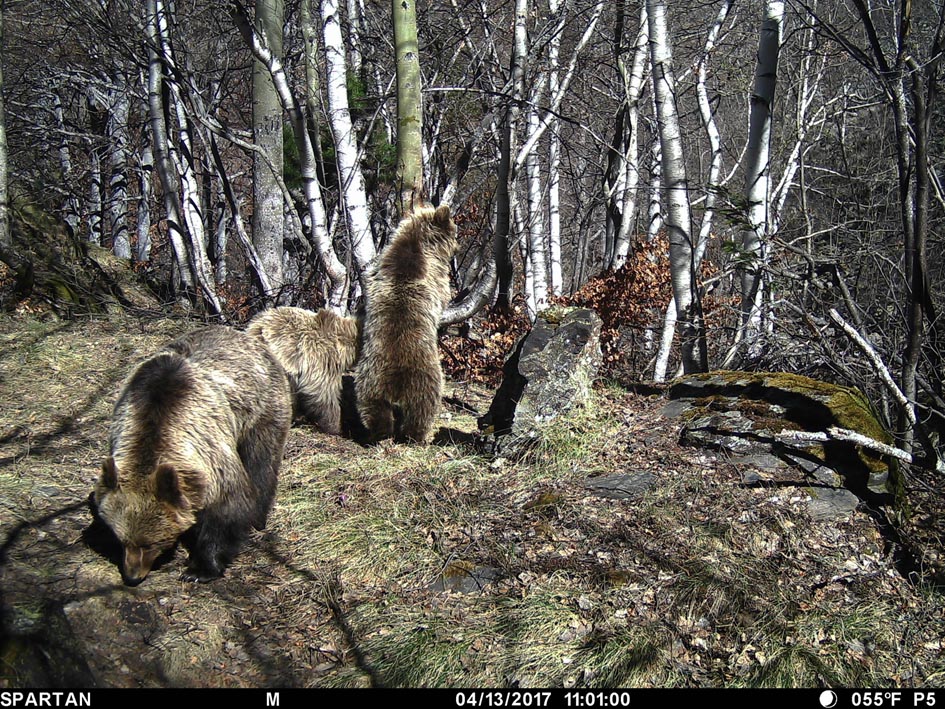 However, the absence of data in the last 2 years has led to the disappearance of two individuals in 2017: male Moonboots and the female Patoune. As for the male Pyros, photo-trapping cameras captured him for the last time in late March and early April 2017. 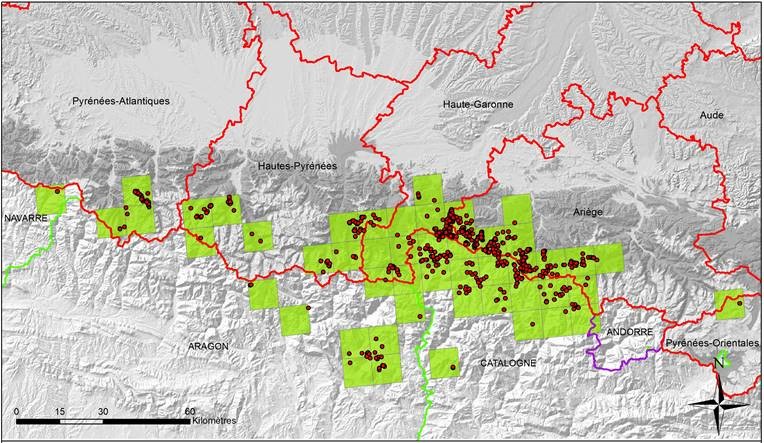 Distribution of  bears in the Pyrenees.

To make economic activity compatible with the consolidation of the brown bear in the Pyrenees, the Piroslife program has promoted a series of preventive measures to minimize the impact of this wild animal on strategic sectors as livestock and beekeeping. Mainly, the grouping of herds, the hiring of shepherds, the closing and protection of herds at night, and the maintenance and reinforcement of the protection fences for beekeeping facilities.

One of the most effective has been the grouping of herds for the permanent surveillance of livestock during pasture in the territory frequented by the bear. In 2017, the number of groupings, shepherds and grouping of cattle ranged up to 28 clusters of herds, 13 shepherds and assistants of shepherds hired, and 39,299 heads of cattle protected. 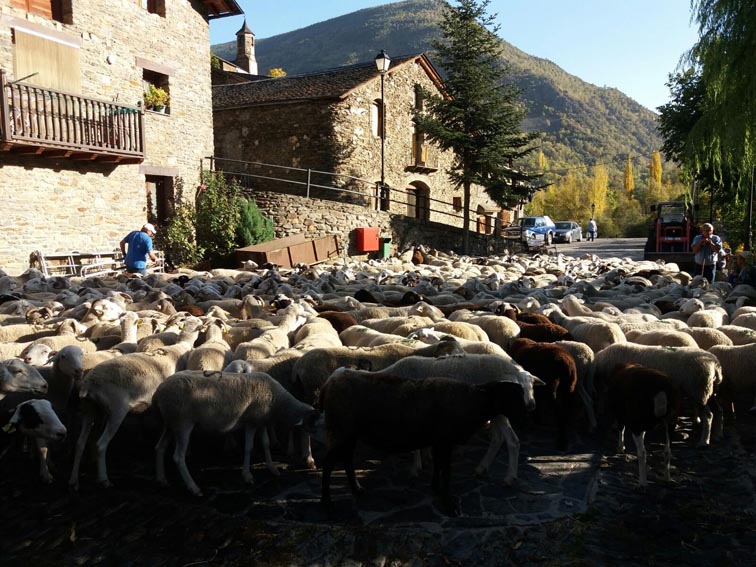 In the Natural Park High Pyrenees are grouped four flocks of sheep and on of goats, with 3,757 cattle in total, watched by 5 shepherds and 2 assistant shepherds. In Aran there were 6 grouped herds, with 6,450 heads guarded by 6 shepherds. Of these, 3 have been grouped within the framework of the PirosLife Project, and another 3 have been grouped and protected by their owners.

On the other hand, in the area of sporadic presence of bear (south of the Pallars Sobirà, Pallars Jussà and Alta Ribagorça), 17 herds have been grouped, with 29.092 heads of cattle. The groupings end in late October, coinciding with the arrival of the cold and the lack of forages in the high mountains. 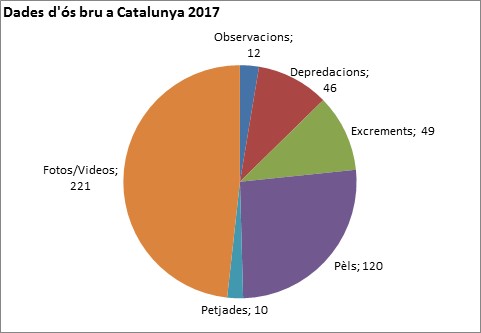 Data of brown bear in Catalonia 2017

The brown bear tracking team registered a total of 221 photographic contacts thanks to the 39 cameras installed (27 in Pallars Sobirà, 2 in Alta Ribagorça and 10 in Aran), which have captured 1,921 images of the various specimens and 120 videos. There have also been registered 10 footprints and 120 samples of animal hair, among other evidences.

In total 1,389 evidences of bear have been obtained in the Atlantic Pyrenees, the High Pyrenees, Alta Garonne and Ariège, Navarra, Aragon and Catalonia.