The beginning of spring awakens the bears of hibernation

The monitoring team of the Piroslife Project to reintroduce the brown bear in the Pyrenees has captured the first images of specimens outside the cave that confirm the end of the hibernation stage of this species. The pictures and videos show a female and her second year puppies in the area of the Natural Park of the Alt Pirineu.

Unlike other mammals, such as dormouse or marmots, the hibernation of the bears is shallow. Thus, they reduce the respiratory rate and the heartbeat, but they arouse several times during this stage, which coincides with the beginning of the cold, the snow and the food shortage, between the end of November and the end of March normally.

In order to overcome this period, during the year, they accumulate fat, to have enough reserves that will guarantee their survival. They are reclining in caves located in isolated areas of human activity and inaccessible, and lose about a third of their weight during hibernation. 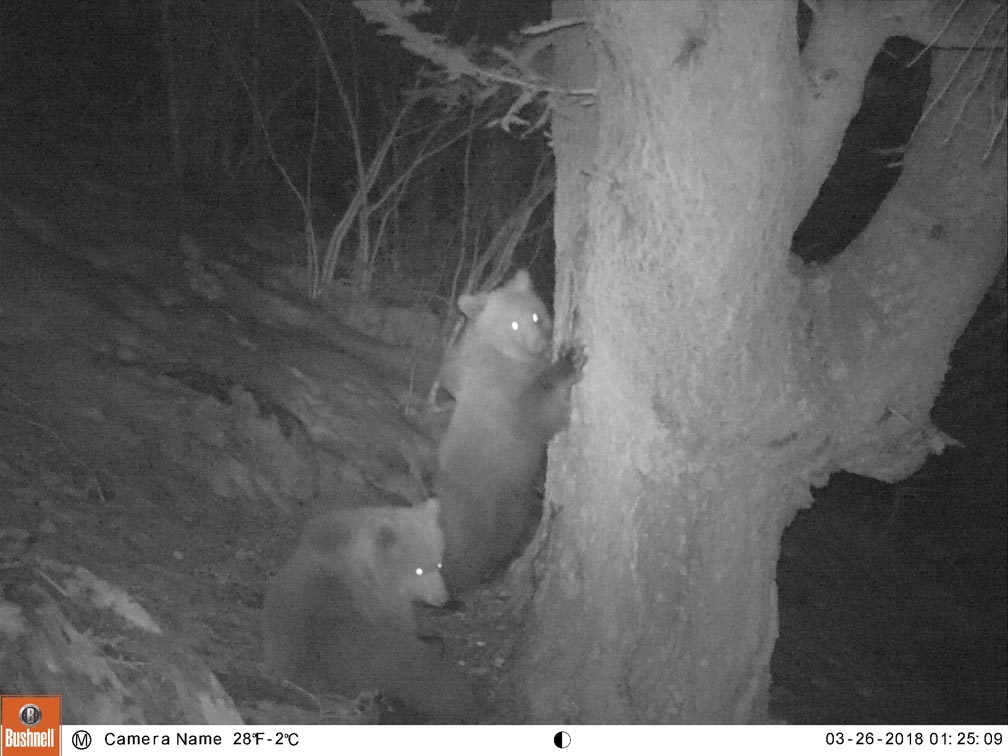 Bear cubs were captured at the end of March in Natural Park of the Alt Pirineu.

The females with puppies, the last ones to leave

With rising temperatures, usually around March, the first evidences of movements of those animals begin to be observed. The first to leave the cave are adult males, followed by adult females. Then the male and female subadults wake up, and finally the females with puppies.

Those who have second-year puppies leave before, so that the females that have had puppies inside the cave (first-year) are the last ones to leave. It is about females that begin to hibernate already pregnant which give birth at the end of January, and they leave the cave with puppies from April. In addition, they do not usually move from the hibernation zone until the puppies can do long walks.