A Portrait of the Bear

Biology of the Species

Brown bears have a very distinctive shape that gives them an unmistakable silhouette, with a large head, small, rounded ears and a short tail. They have highly developed hearing and an acute sense of smell, and can detect food from a great distance and locate sexual partners during the mating season. These two senses are very useful for their daily activities. Their eyesight is relatively poor, however, and they cannot see well from afar.

They are plantigrade, which means their entire paw pad touches the ground when they walk. Each paw has five digits. Their thick, brown coat provides warmth and armour-like protection during the winter.

Bears are omnivores, although 70% to 80% of their diet is plant based and includes fruit, seeds, nuts, roots and herbaceous vegetation. They supplement their diet with a wide range of foods of animal origin, such as insects, honey and wild and domestic ungulates, and they scavenge on any carrion they come across. 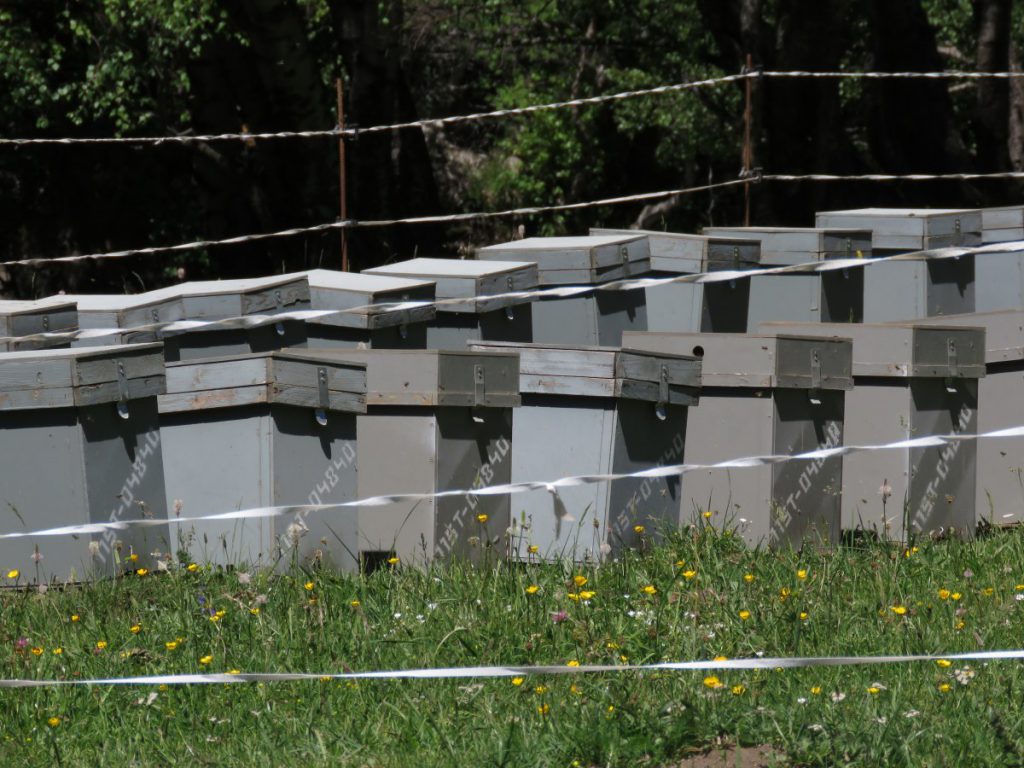 The mating season takes place between late April and late August. Males search for females to engage in copulation. The male and female stay together for a few days, during which time they copulate several times a day. They then go their separate ways; the male goes in search of new females and the female copulates with other males that come along. Bears are therefore promiscuous, and females can be impregnated by two or more males during one season.

Females undergo delayed implantation. This means that the fertilized egg does not immediately implant in the uterus, but remains in a state of dormancy.

If her conditions are favourable and she has sufficient fat reserves, true gestation begins in autumn and lasts from nine to 10 weeks. Between January and February, during hibernation, two or three cubs are born weighing under 500 grams each.

The snow and cold temperatures in winter mean that the bears no longer have access to food, and between late November and early December they prepare a den where they spend the winter months.

They enter a state of winter dormancy that reduces their body temperature by four or five degrees and decreases their breathing rate and heart rate from 45 to about 10 beats per minute.

Factors that strongly influence the length of time a brown bear spends hibernating include the weather conditions and the bear’s gender, age and sexual maturity level. Males hibernate for less time than females, and non-pregnant females for less time than pregnant females. It has been reported that some specimens do not hibernate during mild winters and at low latitudes, because they are still able to access food.

During hibernation, bears lose a third of their body weight. This is made up primarily of fat, but also muscle, and they quickly recover it in spring. Pregnant females give birth in late January and remain in the den with the cubs. They nurse their cubs until April before leaving the den for good.

They are solitary animals, except for females and their cubs, and only congregate during mating season. In addition, after separating from their mother in the spring or summer at one and half years old, siblings usually stay together for the rest of the year or longer and hibernate together. Although they are mostly solitary, there is an important social relationship between individuals in the same territory that is maintained through olfactory communication.

The Brown Bear Throughout the World

Brown bears live in North America, Asia and Europe. There are currently around 200,000 brown bears in the world. Their numbers and habitat have decreased by 50% since the mid-19th century. Outside Alaska, Canada and the former Soviet countries, only isolated populations remain. These live in Europe, the United States and parts of Central Asia. As a result of much effort, some of these isolated populations are recovering well.