Why bears need to be protected. Degree of legal protection

In the mid-1990s, the brown bear was on the verge of extinction in the Pyrenees. This would have resulted in: (a) Failure of the policy to conserve this species in the Pyrenees, (b) Failure to comply with national, regional and European laws, (c) The loss of a fundamental component of the ecosystem (it is worth remembering that bears were more abundant than wild boar in the Middle Ages), (d) The loss of a symbolic species, and (e) The loss of an umbrella species with large area requirements that helps conserve extensive areas of land and therefore confers protection to habitats and species of great interest that appear in the appendices of national and European legislation.

It is a protected species in accordance with Legislative Decree 2/2008, of 15 April, which approved the consolidated text of the Animal Protection Act.

It is a protected species in accordance with Law 42/2007, of 13 December, on natural heritage and biodiversity, and listed as “at risk of extinction” by Royal Decree 139/2011, of 4 February, on the development of the List of Wildlife Species Under Special Protection and the Spanish Catalogue of Endangered Species.

Since the species disappeared from most of the European Union, it has been included in the appendices of Council Directive 92/43/EEC of 21 May 1992 on the conservation of natural habitats and of wild fauna and flora, within the “priority species” category.

Reintroduction of the Bear

During the second half of the 1990s, the LIFE programme for the conservation of brown bears was introduced and coordinated between France and Spain, with the participation of the autonomous communities of Navarra, Aragon and Catalonia. The main objective was to conduct a pilot experiment to release three bears with a view to assessing how well they adapted to the Pyrenean environment and testing translocation methods.

Two females (Ziva and Mellba) were released in 1996 and one male (Pyros) in 1997. All three came from Slovenia. Their origin was selected based on genetic studies that showed that Balkan bears from southern Scandinavia and those from South and Southwestern Europe belong to a single genetic line.

These individuals adapted to the Central Pyrenees and gave birth to cubs in the region, despite some difficulties. However, since the number of specimens did not increase, the French government signed an international cooperation protocol with Andorra and Spain to release five new bears, also from Slovenia, in 2006. Four were female, but only two have survived to date; one has reproduced and given birth to just one cub, a male.

The population has increased in recent years. The number of bears has grown slowly and 33 specimens have been identified in the Pyrenees (data from 2014). The number of females of reproductive age in 2015 was 10. However, one particular male has fathered and grandfathered almost all bears born in recent years; for this reason, and as a result of the death of the male Balou in 2014, a new male named Goiat was introduced to the Pyrenean bear population in 2016.

Monitoring the bear population of the Pyrenees is critical to ascertaining its evolution and designing the necessary conservation and management measures.

The Bear Conservation Support Team (ESCO), the Conselh Generau d’Aran and the Brown Bear Foundation, as beneficiary members of the PIROSLIFE LIFE13 NAT/ES/001394 project, together with experts from the Catalan government, are responsible for monitoring the Pyrenean brown bear population.

The objectives of this programme are: 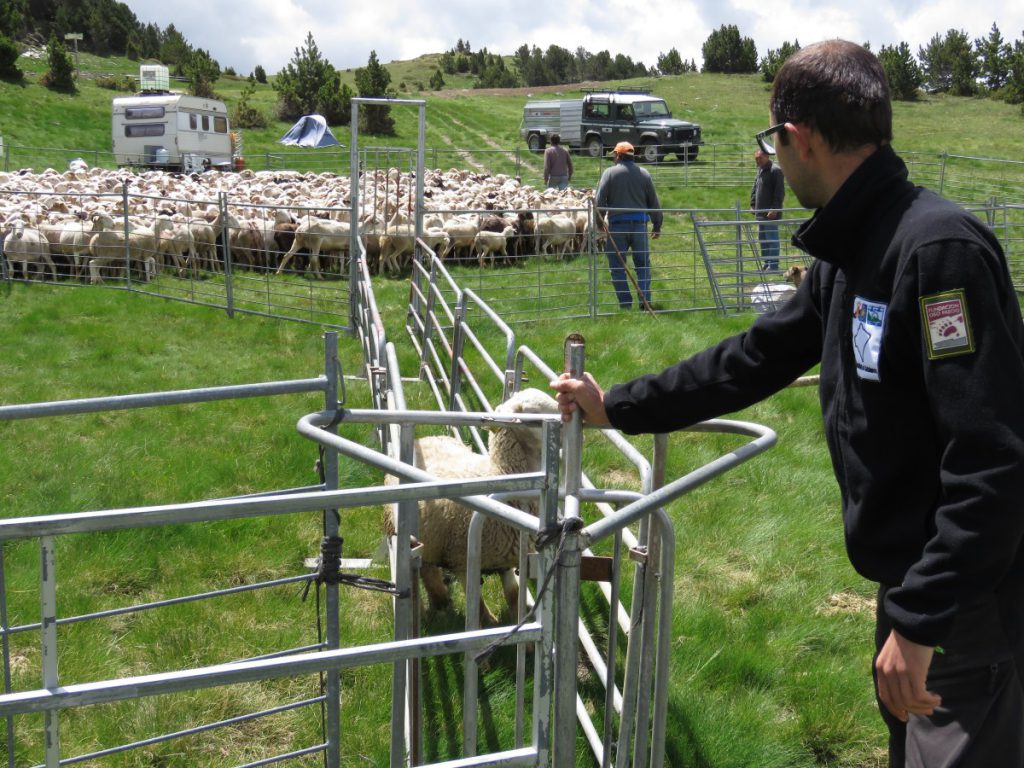 Counting cattle before the start of the high-mountain grazing season. 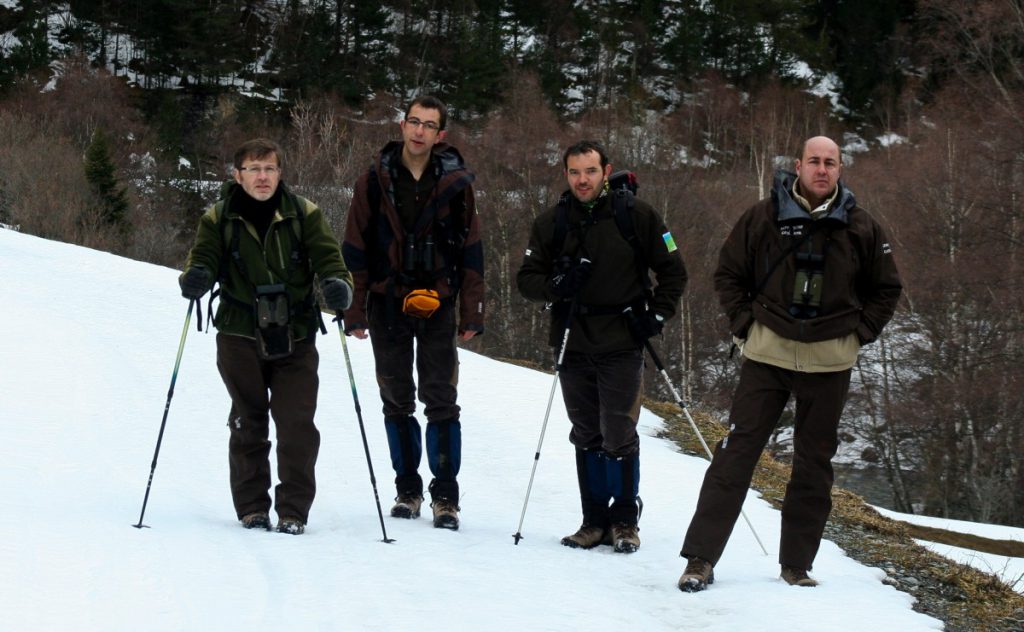 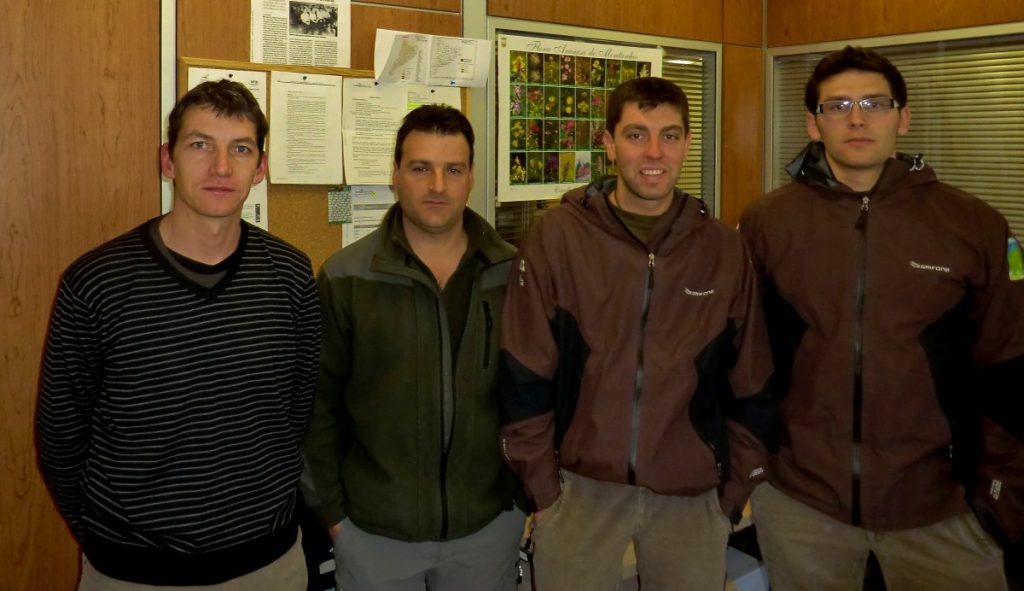 The results of the monitoring (trails, hair traps and automatic photo and video systems, along with opportunistic data) reveal information about the distribution of the bears, the areas used by each individual depending on the time of year, the food they eat, mating seasons, reproduction, start and end of hibernation, living areas, daily activity, etc.

When the opportunity arises to observe bears from a distance, it is possible to study how they interact with each other (e.g. subadults versus adults, males versus females and females with cubs in their first and second year), with their environment (e.g. foraging behaviour), with other animal species, with humans, etc.