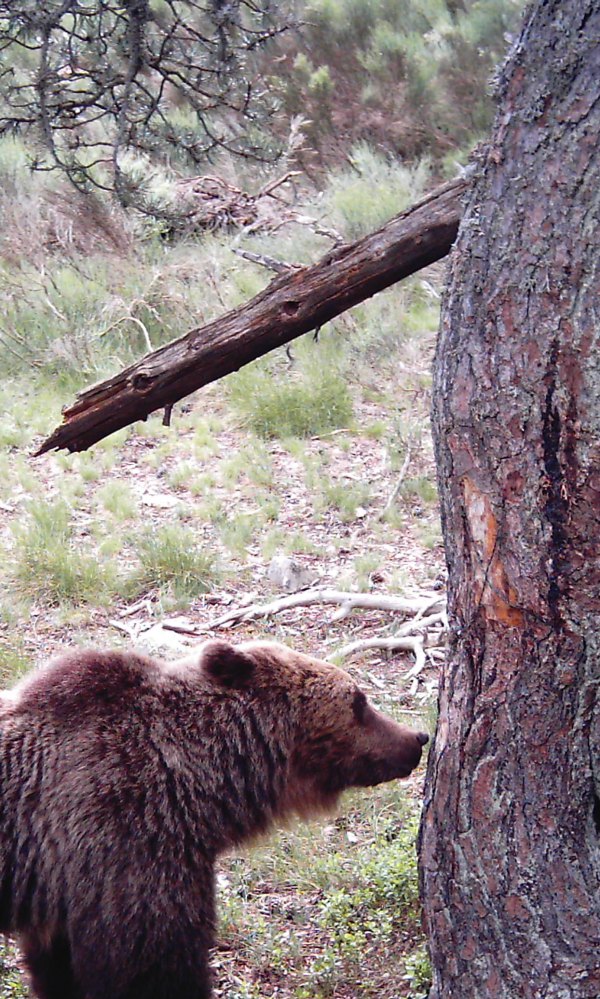 The main cause of the regression and extinction of the bear in Catalonia and much of the Pyrenees is the human persecution, whether with guns, traps or poisons. Remember that the bear is protected since 1973. However, during the period 1972-1992 it is estimated that about 25 bears were killed on both hillside of the Pyrenees, French and Iberian.

In the late 1980s the Pyrenean population reached a state of no return, which ended with the natural death of a male 29-years old, Papillon, and death by shooting the last female Canelle, both disappeared in 2004. In 2010 disappeared the last specimen hundred percent Pyrenean, Camille.

Only a reintroduction project could return this species in the Pyrenees. For this reason, in 1996 launched a pilot program (release of two females in 1996 and a male in 1997) to check the acclimatization of those animals with the help of the LIFE program of the European Union, carried out by the French Government in collaboration with the Catalan Government. Later he continued with the release of four females and one male in 2006.