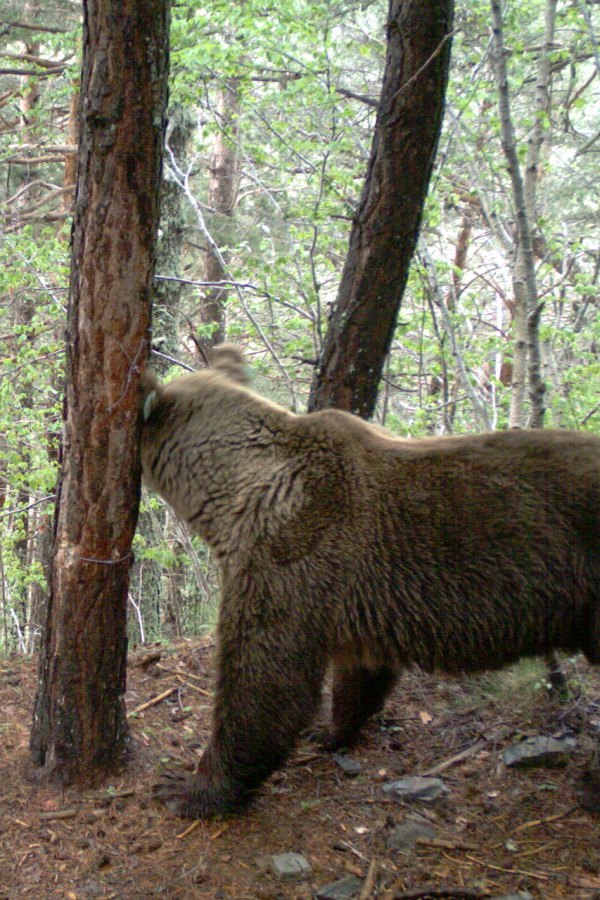 The native brown bear extinct such as the Central Pyrenees to 1990 and the last Pyrenean bear completely disappeared in 2010. In 1996 began an action to reinforce the population with specimens from Slovenia, genetically similar to Pyrenean. This project was financed and promoted by France, Spain and the European Union under the LIFE program. The consensus actions implemented were insufficient, provoking a strong conflict with the local population that lasts until today.

This project has generated much controversy; however, there have been great efforts, resulting in a population of about 30 specimens of bears living in a high quality habitat, mostly included in the Natura 2000 network in Catalonia. This demographic relative success has not been accompanied by success in the genetic aspect, since over 80% of the pups born in the Pyrenees are direct or indirect descendants of a single male. In addition, there are big doubts about whether the connectivity between different zones of the Pyrenees is enough (two male specimens are isolated in the Atlantic Pyrenees and female specimen secluded northeast of Huesca). The coexistence between the brown bear and the primary sector is the weakest part, where it shows a certain failure, and the social situation is not stable in any region of the Pyrenees.

The project is proposed in order to implement a series of measures and actions that can help consolidate the future of the brown bear in the Pyrenees in a favourable environment and create products and systems to be “exported” to the rest of the Pyrenees and other European areas.